I’ve been a journalist for a long time … more than three decades’ experience in the mainstream and independent media. And now I have my very own blog, part of a new phenomenon called social media.

THE IMPORTANCE OF JOURNALISM

Journalism plays an important role in a democracy. I realize that’s stating the obvious but if we are to make informed choices — the hallmark of a true democracy, let’s say — it’s critical we have information that’s fair, balanced and verifiable.

Put another way, the uncensored flow of information is the very heart of a free country.

Our job as reporters is to make sense of what’s happening in the world. Life being what it is, that’s easier said than done.

When we read newspapers, watch TV or listen to the radio, it’s difficult to know how much is actual news, what’s opinion, what’s manufactured — or if we’re getting propaganda or corporate public relations. Or, if management has ordered reporters to do stories for political reasons. There are way too many “ifs” at play.

In referencing a survey that showed a mere six percent of U.S. citizens trust the mainstream media, Joseph Jankowski sums it up pretty nicely. “Most Americans,” he says, “are aware of the staggering dishonesty and reality-twisting, that the mainstream news media engages in on a daily basis.”

You’ve heard of reporters being ’embedded’ with the military. Think of mainstream/corporate journalism as reporters embedded with the status quo. They know where their bread is buttered.

Most grocery products have labels indicating ingredients. But with news content, you will never see the following …

A mistrust of news organizations runs beneath their reports like a bass note. No one knows who and what to believe anymore. As an old lawyer friend put it, “Never mind the laugh channel … just watch the news.”

Hunter Thompson once remarked, “I hate to advocate drugs, alcohol, violence, or insanity to anyone but they’ve always worked for me.”

Another thing to keep in mind: In North America, the major news organizations are in the hands of very few companies.

In Canada, sometimes the heads of the very big news companies are there only because they’ve passed the right test — a DNA test [as in “daddy owns the company”]. People living in New Brunswick know this only too well. 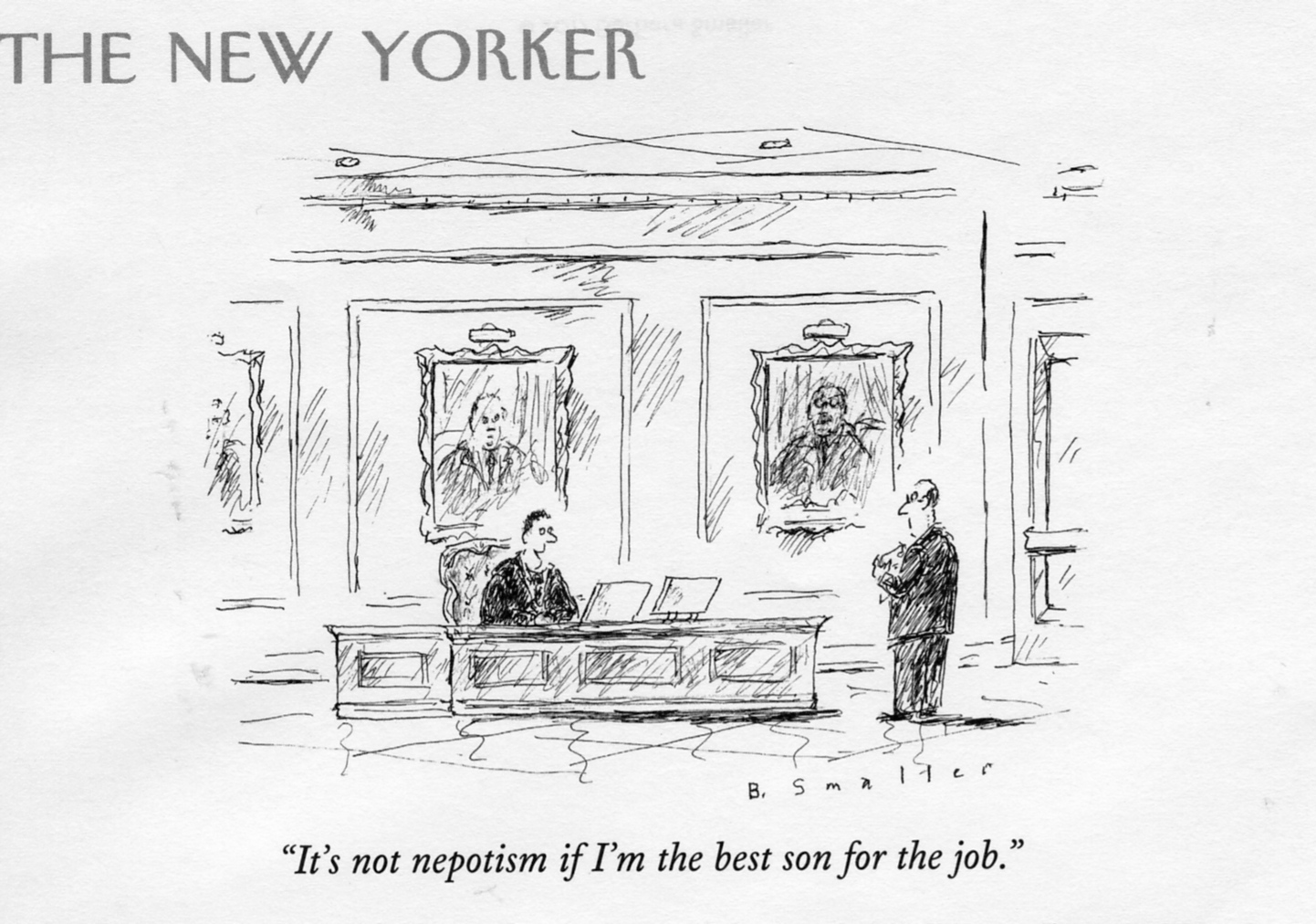 Image courtesy of The New Yorker

Do you really think a military that hands out junkets to reporters wants those journalists to do an independent job? Fat chance.

Why do you suppose most news organizations fail to mention its staff is on a paid junket? There are two reasons for this: 1] it erodes credibility … and 2] when a reporter is on the take, it’s embarrassing.

As the subtitle of my blog suggests, news release journalism does not appeal to me.

[Thanks to Gary Larson]

I’ve always been drawn to the ideals of journalism. In my view, that’s far more important than news releases or drive-by reporting.

Some of the most rewarding files I’ve worked on have been the result of digging for original material — often on my own time.

Just to let you in on a dirty secret in the news business, plagiarism is rampant in radio and television newsrooms — and now, the Internet. We’ve heard a lot about identity theft. This is information theft.

Sorry to come across as iconoclastic, but let’s face it, it takes money to gather news — and it’s cheaper to steal.

Why don’t newsrooms always give credit for stories done by others? Because it would be an acknowledgment that someone else got the story first. They don’t want that.

In the end, shareholders and senior media managers with their eyes on performance bonuses are treated far better than a public that longs for meaningful information.

Surveys indicate that journalism is one of the least trusted professions. Hands up if you’re surprised.

Few news organizations abide by a Code of Ethics. As the joke goes, what’s the difference between a brothel and a newsroom? One has a code of ethics.

The credibility of journalists is further damaged when reporters accept military junkets … or raise money for organizations. When journalists aren’t independent, credibility goes out the window.

While some believe that journalism committed suicide a long time ago, I’m one who feels there are many good reporters out there who are not only doing their best but making a difference. They oppose plagiarism, don’t accept gifts … and they stand up to management that attempts to censor or influence news content. Good for them.

Frank Niertit, Director of Chemical Instrumentation at the University of Southern California, writes, “We cannot be everywhere. That is why we need reporters. Journalists should be our probes and sensors into the tissue and history of our existence. Unfortunately, those probes and sensors are systematically being dismantled — and contrived information is being presented to us.” 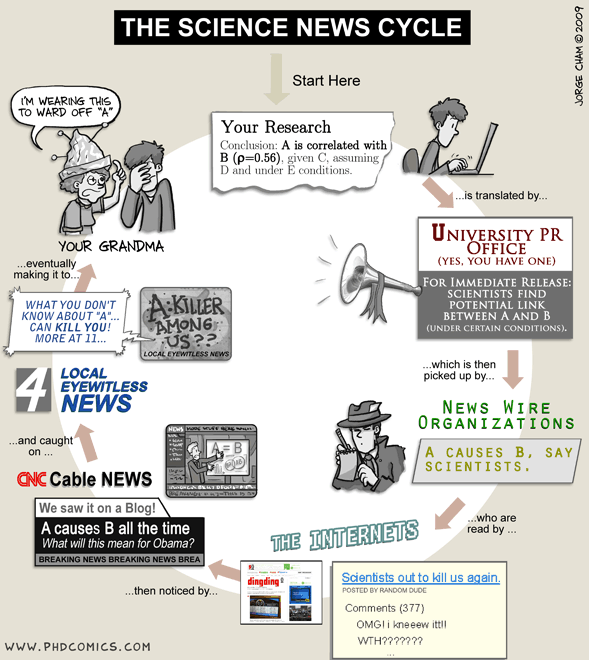 BE YOUR OWN EDITOR!

Why not? All ‘news consumers’ should weigh the information they’re getting and judge for themselves the its real value. So, be your own editor.

Should you discover anything on my blog that’s lifted from a news release or stolen from another source, I’ll contribute $1,000 towards a hit man to put me out of my misery. But enough of the bravado. Enjoy the site … and if you feel some information is worth passing on to others, please do. With credit of course.

One more thing … some entries on this blog appear like trips down memory lane. That’s because they are. But of course they’re more than that, as I often write about “the story behind the story.” My hope is to give readers an insight into certain news events … and into my profession.

These posts are also somewhat therapeutic because I have all these news stories — many of them ugly — “bouncing around in my head” and I need to get ’em out.

NO DONATIONS OR ADVERTISING PLEASE

This site does NOT depend on funding from anyone. You’ll see no requests for donations.

As well, I receive zero money for this site from government or corporations. They’re not my masters. No editors, senior editors, executive editors, sponsors or shareholders are tapping me on the shoulder. Kinda nice, actually.

You can find out more about my reporting career by visiting: http://en.wikipedia.org/wiki/Byron_Christopher 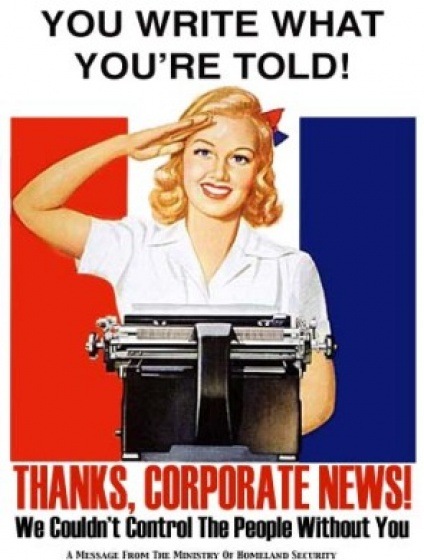 “The conscious and intelligent manipulation of the organized habits and opinions of the masses is an important element in democratic society. Those who manipulate this unseen mechanism of society constitute an invisible government which is the true ruling power of our country. We are governed, our minds are molded, our tastes formed, our ideas suggested, largely by men we have never heard of. In almost every act of our daily lives, whether in the sphere of politics or business, in our social conduct or our ethical thinking, we are dominated by the relatively small number of persons … who understand the mental processes and social patterns of the masses. It is they who pull the wires which control the public mind.” – Edward Bernays [Public Relations Consultant] – 1928

Comments about posts on this site are welcomed. Before a comment can be posted, however, I try to validate the email address by responding with an email of my own. If that comes back as ‘undeliverable,’ the comment isn’t posted.

TWO WAYS TO REACH THE AUTHOR:

BY PHONE: 780.716.4693 [Cell] If you’re phoning and not identifying yourself I may not pick up the call. Please try to have a name displayed. Thanks much.

Think you’ve got a lot of choice? Not really. In the United States, basically four companies control the media landscape.

25 thoughts on “About the Author [and how to connect]”